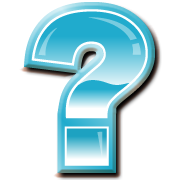 Until 1980, each U.S. military service and government agency managed its own mail program. In 1980, the U.S. Department of Defense (DoD) designated the U.S. Secretary of the Army as the single military mail manager. The Military Postal Service Agency (MPSA) was created to perform this task, with a jointly-staffed headquarters located in the National Capital Region. MPSA is required to adhere to United States Postal Service (USPS) rules, federal laws, and various international laws and agreements for movement of military mail into over 85 countries. MPSA is the single DoD point of contact with the USPS. It conducts DoD contingency planning and provides postal support to theater Combatant Commanders through Services' theater postal commands. It serves as a proponent of DoD's cost control policy for DoD official mail and as the functional director for military mail. MPSA also monitors transportation funds dedicated to overseas mail movement.

In addition to supporting U.S. military installations overseas, the MPSA also supports mail delivery to and from U.S. diplomatic and consulary facilities abroad and, of course, to deployed personnel in combat zones worldwide. Most USPS special services, such as Certified Mail, registered mail, delivery confirmation, insured mail, certificate of mailing, return receipt, restricted delivery and return receipt for merchandise are available in the military postal service. Collect on delivery (COD) and signature confirmation (signature confirmation may be available in the future) are not available. Mail sent from one military post office (MPO) to another MPO in the same theater (e.g., mail from an MPO in Japan to another MPO in Singapore) can be sent for free on a space available basis. Because the DoD provides or pays for overseas transport for U.S. military mail between the U.S. and overseas duty stations, as well as delivery services in theater, military postage rates are equivalent to U.S. domestic postage rates.

All military mail between the U.S. and overseas locations is subject to customs inspection in the country of destination, and customs declarations must normally be attached to packages and larger mail pieces. Some host nations may restrict or prohibit the mailing or receipt of certain items, such as pornography, meat products (especially pork), firearms, tobacco, etc., via the U.S. military postal system. For a complete list of restrictions, consult the Postal Bulletin, published on USPS.com. Other host nations (e.g., Germany) may have a special interchange agreement with the military postal service allowing for the mailing of articles to host nation addresses at U.S. domestic postal rates.

In accordance with treaties and other international agreements, use of U.S. military postal services overseas is normally restricted to authorized customers, i.e., U.S. Government personnel (military, civilian and diplomatic) stationed overseas (either permanently or on temporary duty orders) and their dependents. Further restrictions may exist on a country-by-country basis depending on the host nation involved and the status of the postal customer. Retired U.S. military personnel living overseas may also have limited access to the military postal service, depending on their country of residence. The only purpose for which U.S. citizens associated with neither the U.S. forces nor diplomatic/consulary missions may use military post offices is the sending of absentee ballots. The easiest way for U.S. citizens not affiliated with the U.S. government to obtain access to the military postal service while overseas is at a U.S. consulate or embassy, as access to other overseas facilities may be restricted.

Recently the United States Postal Service (USPS) has added Diplomatic Post Office (DPO) as a valid overseas address effective January 18, 2009. The Postal Service is revising the Mailing Standards to reflect a request from the Department of State to distinguish diplomatic overseas mail from military mail. The city abbreviation is DPO. As of March 2009, there are 16 U.S. Embassy locations are known as DPOs. The other approximately 90 overseas U.S. embassy post offices fall under the management oversight of the military services and so are known as either as APOs or FPOs.

Three quasi-state codes have been assigned depending on the (approximate) geographic location of the military mail recipient and also the carrier route to be taken. They are:

Email ThisBlogThis!Share to TwitterShare to FacebookShare to Pinterest
Labels: Did You Know?