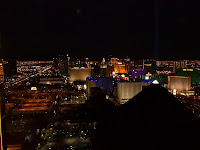 It was incredibly exciting to be in attendance at the Milblog Conference track of Blog World Expo 2008. What a difference it was to be involved in this track because the attendees and panel speakers were not of the echo chamber flavor. Most folks were not communications or marketing professionals, but the backbone of the military community. It was refreshing to sit in the audience and just listen to these passionate people.

Instead of representing Communicators Anonymous, I was at Blog World Expo this year representing my day job employer, the Army & Air Force Exchange Service (AAFES or commonly referred to as the BX/PX). AAFES is developing new media tools to better communicate with our military community. What better place to go to begin to understand the milblog community than this conference?

The morning began with opening remarks from JP Borda. He had a fan club in the crowd...his loving family was there to support his first public speaking event. JP, just as his writing style, is charismatic and warmed up the crowd with an overview of what has occurred in the milblog community in the past year.

LTG William Caldwell then addressed the audience with opening remarks via video. By empowering his staff to tell the military story, LTG Caldwell expressed the necessity to confront change with change. "Information is currency," said LTG Caldwell. It was evident that he means what he says, but led to the question of the day - Is this openness to new media trickling down to tactical level?

LTG Caldwell requested "what happens in Vegas (at the Milblog Conference) is heard around the world." (Not sure he meant the Penthouse party.) Thanks to eMail Our Military (eMOM), this message is being syndicated to a larger military audience! Be assured, you were well represented.

The first panel addressed the relevance of milblogs. Panelists included, Ward Carrol of Military.com, Phil Carter of Intel Dump and Obama for America, Matt Burden of Blackfive, Greyhawk of The Mudville Gazette and MilBlogs and CJ Grisham of Soldier's Perspective. Undoubtedly, the milblog is still needed, but roles are evolving. There remains a tension between op sec and enlightened information, however, dialogue between is open. To CJ, Wordpress remains his psychologist and his blog is relevant as long as the author deals with his demons. For Matt, his blog and mission is evolving to more main stream media content and that scares him. All agree the stories are not just about the war, but of the American patriot family and good of our country.

The second panel addressed the topic nearest to my heart and mission, milblogging as a community. Panelists included Melinda of SpouseBUZZ and Most Certainly Not, Beth of Soldier's Angels and Fuzzilicious Thinking, Mrs. Greyhawk of The Mudville Gazette and MilBlogs, Karen of Parents Zone and Proud Liberal Army Wife and Sarah of SpouseBUZZ and Trying Not To Grok. Moderator, Melinda, should be a stand-up comic. She had me chuckling the entire session! The relevance question from Panel #1 was also answered by these women. Spouses and parents are going to the Internet seeking comradery in the hot topics too personal and delicate to discuss with the family and friends in their "real" lives. The need for the military story to be told to the extended military family (parents) was also stressed. The virtual connection has proven to be a vital support element to a community stationed all over the world.
Before the third panel began, Vice Chairman of the Joint Chiefs of Staff, General James Cartwright, addressed the audience. Similar to LTG Caldwell, General Cartwright expressed his desire to empower individuals with tools to communicate truth.

"The vision of human liberty unfolds with each post." -General James Cartwright

The third panel was a special edition of DOD LIVE Bloggers Roundtable with guests Pete Geren, Secretary of the US Army and MG Kevin Bergner, Chief of Public Affairs, Army. Secretary Geren stressed new media as an important opportunity. He told the audience he includes blog updates in his morning briefings and is encouraging his staff to go beyond blogging and embrace other appropriate tools such as Twitter, Facebook, MySpace and YouTube. The need to communicate to the extended military family is paramount.
Once again, the issue of bringing new media openness and training to a more tactical level was addressed. The issue was recognized and Secretary Geren emphasized his desire to move the military away from a risk adverse culture, embrace new media voices as the best ambassadors and increase tolerance for these communication methods. General Bergner agreed with this direction and informed the audience his staff was drafting new policies to encourage this direction.
Unfortunately, I was unable to attend the final panel of the day addressing the new cadre of war reporters because I had to jump on a plane home. A huge thank you to Andi for organizing the event. It was an honor to be in the presence of the community I serve. It is also a privilege to share my day with the community of eMail Our Military.

Lauren Vargas, Community Relations Manger at AAFES, is based in Dallas, Texas. She is a well known public relations blogger and speaker who has developed an expertise in integrating social media tools into marketing and business strategy.

You going to be at the AUSA Symposium in DC next month?

Hey Steve! No, I will not be at the AUSA (though I had fun last time I went), but one of my AAFES peeps will be there. Next month is PRSA Conference for me. ;)