Servicemembers Dance with the President and First Lady 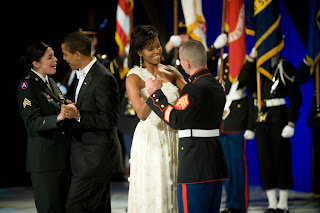 You can see more photos from the Commander-in-Chief's Ball on Flickr at the U.S. Army's page and also at BevUSA's page.