Free Meals Today for US Military, Vets at McCormick & Schmick’s 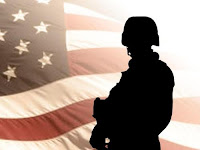 To my readers who are serving or have served in the U.S. military, today (Sunday), you can have a free meal on the house at McCormick & Schmick’s, which is celebrating Veteran’s Day early.

McCormick & Schmick’s. For the 11th year in a row, the 87 locations in 25 states are offering free entrees to veterans on Sunday. The chain also requests military ID and highly recommends reservations. The promotion is on Sunday instead of Veterans Day, “because it allows vets to bring their families who might not be available during the week,” CEO Bill Freeman says.

There are other deals–free items or discounts, later this week, for current and past U.S. military personnel at Applebee’s, Krispy Kreme, Golden Corrall, Home Depot, Lowe’s, and Outback Steakhouse. (hat tip to Debbie Schlussel for sharing this!)

Email ThisBlogThis!Share to TwitterShare to FacebookShare to Pinterest
Labels: Discounts and Deals, Veterans