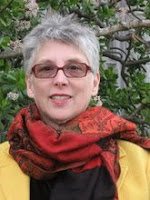 Phyllis Zimbler Miller, is the author of Mrs. Lieutenant - A Sharon Gold Novel and was one of our partners for the hugely successful Operation Soldier Care project. She is passionate about supporting our troops and blogs regularly about all things military.

Phyllis was kind enough to send us a few copies of her book, one of which we'll be raffling off to a lucky blog reader in the near future so stay tuned.

We recently had the pleasure of sitting down with Phyllis and interviewing her for our blog. We hope you'll enjoy getting to know her as much as we did.


eMOM: Can you tell us a little about yourself?

PZM: I grew up in Elgin, Illinois, and got a B.A. in Journalism at Michigan State University, where I met my husband, who was in ROTC. I went through college in three years and he got a one-year deferment to get a master’s in communication at MSU so that we would be done at the same time. A few months later, in the spring of 1970, we drove to Ft. Knox for Mitch to start Armor Officers Basic before MI training at Ft. Holabird.

After we were stationed in Munich and Mitch completed his ROTC commitment, we lived in Philadelphia from ‘72 to ‘80. Mitch went to Temple Law School on the GI Bill and I was a journalist. Then I got an M.B.A. at Wharton.

After that we immediately moved out to Los Angeles and have been here every since. We had two daughters soon after we moved here and they both have graduated college and work in LA. The older one is in the entertainment industry and the younger one, who is a writer, is now the marketing/technology director for our new family company Miller Mosaic, LLC.

Oh so your husband served in the military and you were a military wife. That's fascinating. Any other ties to the military?

PZM: Yes, in 1970 the army considered an officer’s wife as also serving.

Both our fathers served in WWII. Mitch’s father was a combat engineer in Europe; my father, who is the least handy person you can imagine, pumped fuel into airplanes at a base in Florida. And Mitch’s grandfather – his father’s father – as a new immigrant to the U.S. from Russia went to Canada and joined the British army before the U.S. was in WWI.

I’m also in email contact with a deployed National Guard infantryman. I was a nervous wreck a week ago when he wrote that he wanted to answer my email before he went out on a mission “beyond the wire.” I would have preferred not to know this – and I was relieved when later in the day I got an email that he was back from the mission.

eMOM: I know you’re an author, can you tell us a little about your book and what motivated you to write it?

PZM: I have always wanted to tell this story since the spring of 1970 because I was, indeed, the chair of the graduation luncheon for the wives of my husband’s AOB class, and the other committee members besides me (a Jew) were a Southern Baptist, a black and two Puerto Ricans, one of whom didn’t speak English.

I thought that this was such an amazing group of women who had to overcome their prejudices and learn to get along that I told this story 18 years later to two women movie producers. They optioned the story and then, when no one in Hollywood “got” the story, they told me I had to write a book. By the time I wrote the first draft they had moved on to other projects. Then followed almost 20 years of writing and rewriting and believing in this story while New York editors and agents told me that no one would be interested in this story.

But I knew there was an audience for this book and I wouldn’t give up. So for my 60th birthday I had the book published by a print on demand publisher. The subsequent reviews for this book have shown that there is an audience.

(I’m also the co-author of the Jewish holiday book SEASONS FOR CELEBRATION first published in 1992. Rabbi Karen L. Fox and I have just re-released it.)

eMOM: Is MRS. LIEUTENANT based on true stories?

PZM: To use a current phrase in the music industry, MRS. LIEUTENANT is a mash-up of true stories with dramatic exaggeration. The characters in the book are pieces of different people I knew at Ft. Knox and in Munich.

eMOM: What did you hope to accomplish by writing MRS. LIEUTENANT?

PZM: I wanted to preserve a very specific slice of women’s social history during the Vietnam War and at the beginning of the women’s liberation movement. All fictional books and movies that I know that are about the Vietnam War are from the point of view of the men. I wanted to write a novel that would be compelling on its own and would also give the point of view of the women left behind.

eMOM: Would you give us a snippet it from MRS. LIEUTENANT?

PZM: Of course. Here is an excerpt from the book:

"South Carolina is hot, too," Wendy says, swatting away a fly hovering over the apple pie. "You get used to it."

The women sit at the picnic tables talking and watching over the desserts. In a few minutes Sharon will call the men back to the tables.

They have already cooked and eaten their hotdogs. Then the men separated, moving off towards a still-hot barbecue grill. During dinner, food talk was the focus. Now the men will discuss more serious things: their AOB class, their army commitment, maybe even Vietnam.

Sharon wonders why the women aren’t discussing their husbands’ time in the army, their fears of a Vietnam tour. Is something not real if you don't talk about it? Or is it because it is only their husbands’ decision – they have been brought up to support such choices regardless of their own feelings?

In a letter last week to her mother she wrote: “In many respects one could think we were on a huge college campus, but the war hangs over everything. The career men’s wives don’t seem as worried about it as the wives of other second lieutenants who want to serve their time and get out. Of course, the career women could be putting on a front because they have to.”

Sharon watches Wendy, Kim, Donna and the others chatting about the food in the commissary and the bargains at the PX. How many of these women believe the war in Vietnam is right? How many feel it is the duty of their husbands to fight?

eMOM: Where can people get a copy of MRS. LIEUTENANT for themselves?

PZM: Amazon is the best place; here’s a direct link to the book’s page -- http://tinyurl.com/6mkgcq -- with reviews. (I’m particularly pleased with the review by Anna Horner because she talks about her father who served in Vietnam.) People can also go to my website at http://www.mrslieutenant.com/ and read the first four chapters there along with getting book group discussion guidelines, viewing original 1970 army documents, and finding info on organizations that support military families and troops now (including eMail Our Military).

eMOM: Do you belong to any military or veteran organizations? If so, which ones?

eMOM: What advice would you give eMail Our Military’s military wives?

PZM: I have two recommendations – one private and one public:

Private: Keep a journal of one’s life as a military spouse. (With free blogging software today this can be done easily and doesn’t have to be shared with the public.) Years from now your children or grandchildren may want to know about your military life. And you also might want to keep all the official documents as I did. Almost 40 years later these documents can be quite interesting.

Public: If you have the opportunity, speak or write publicly about today’s military. Many, many people in the U.S. today don't have any experience with the military or with family members in the military. Most of these people have no idea what military life is like or the experiences of deployed U.S. servicemen and servicewomen. If you can provide a window into this life, I believe this can help foster a better understanding of and more support for the military.

eMOM: Do you think emails, letters and care packages are powerful morale boosters for our troops?

PZM: I was heart-broken when I learned that there are deployed soldiers who NEVER get any letters or packages. (I’m crying just typing this answer now.) I can’t imagine going off to fight for one’s country, maybe dying for one’s country, without any personal acknowledgment. What would this do to a soldier’s ability to fight?

So I know that emails, letters and care packages can be very, very important. And I think that soldiers just knowing about such projects as Operation Soldier Care has to greatly help morale.

eMOM: What social networks are you on and how can people find you to connect with you?

PZM: I’d love for people to connect with me on social media – and I’m especially looking for guest posts for my three blogs (see those links below):

The three main social sites that I’m on at this time are:
www.twitter.com/ZimblerMiller
www.linkedin.com/in/pzmiller

On Facebook: Phyllis Zimbler Miller and Mrs. Lieutenant: A Sharon Gold Novel and soon I will have a page on Facebook for http://www.estateplanningforyou.com/ – the first of a planned family of online information products under the company name of Miller Mosaic, LLC.

Nancy Brown at http://www.yourmilitary.com/ is offering a free report from http://www.estateplanningforyou.com/ about living trusts with specific information for military personnel in order to help prevent families from going through probate hell.

eMOM: you a podcaster / blogger? Where can people read more about what you’re up to?

eMOM: Can we look forward to more books from you in the future?

PZM: I hope so. I’m in the midst of writing the sequel – MRS. LIEUTENANT IN EUROPE – focusing on Sharon and Robert Gold’s experiences being part of an occupying force only 25 years after the end of World War II.

Then I plan to write MS. LIEUTENANT IN CIVILIAN LIFE about Sharon’s re-adjustment to civilian life and her introduction to the women’s liberation movement that’s starting to sweep across the U.S.

eMOM: We look forward to it!

Email ThisBlogThis!Share to TwitterShare to FacebookShare to Pinterest
Labels: Interviews

This was a great interview of Phyllis Zimbler Miller. She is a remarkable woman.

Ansolutely! Phyllis is remarkable and such a positive voice for our troops.

Impressive lady. Will have to visit her site to learn so much more.